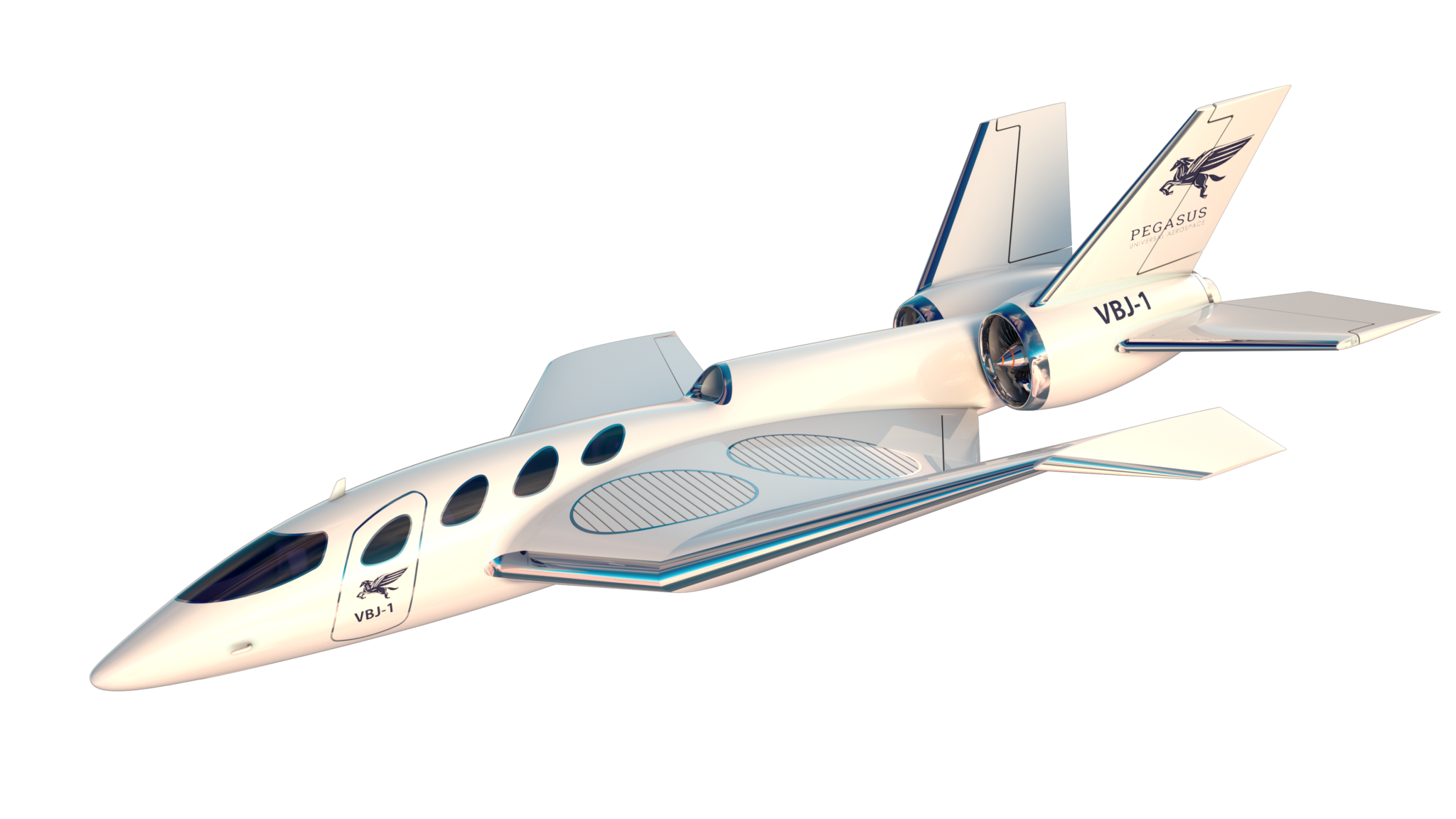 The Pegasus VTOL business jet made an appearance at EBACE this year, albeit as a scale model. Based in Pretoria, South Africa, Pegasus Universal Aerospace is working toward a VTOL, twin-engine jet capable of either vertical liftoff or rolling takeoff, and a cruise speed of 430 knots.
While even a full-scale cabin mock-up is still in the future, the Pegasus One promises a lot of high technology wrapped around a six- to eight-seat cabin. Using a pair of GE CT7-8 turboshaft engines capable of 2300 SHP each, the Pegasus One will employ four vertical-lift fans in the thick center section of the wing as well as two aft-facing thrust fans driven by those same engines through a collection of computer-controlled gearboxes. When not needed, the lift fans are louvered over to reduce drag.
Planned maximum gross weight is under 12,600 pounds, according to the company, while its range will be heavily dependent on the type of takeoff required: It would be almost 2400 NM with a rolling takeoff but just under 1200 NM when departing vertically.
“We are working hard to build a full-scale cabin mock-up of Pegasus One, which we plan to bring to London to start a demonstration tour of Europe in 2020 to drum up interest,” said Reza Mia, the Pegasus “founding chairman and visionary.” “We look forward to meeting forward-thinking investors and, of course, potential operators during the tour.” According to reports, Pegasus believes it will take $400 million to certify the design.
The company hopes the Pegasus One will open up a “a new era of point-to-point travel, with the capability to land in a built-up area, helipad, yacht and on any surface, including grass or gravel.”