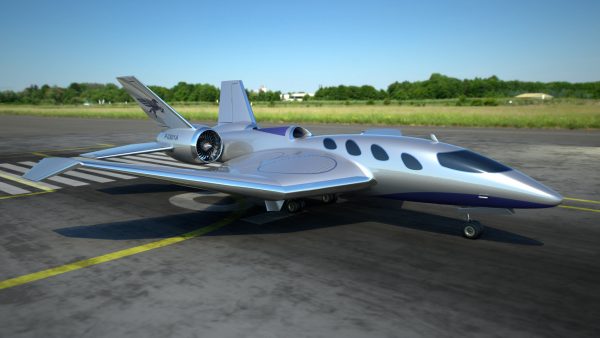 In built Afro-pessimism will soon be under litmus test following a massive high tech breakthrough in aerospace engineering with the successful launch of a Pegasus 1 Vertical Business Jet (VBJI), from aircraft experts Pegasus.

The fast Jet, first of its kind, will be the first plane to vertically take off or land anywhere eclipsing superiority the helicopter had monopolised for ages. Equipped with high tech cool-air fan technology the aircraft can safely land on unfamiliar surfaces such as grass, roof tops and wooden decks.

Heralded as the new exciting innovation in point to point air travel which the 21st century is grappling with, Pegasus VBJ1 is a highly quick cruise speed reaching 796 kph  giving it an edge over helicopters, piston engine planes  and most tilt rotor airplanes in the  market currently. The fast jet endures a strenuous six and half-hours’ airborne cruise from runway with great ease at 35 000 feet.

A powerful turboshaft with 2300 horsepower, powers the jet and highly suitable and ideal for several purposes due to the enhanced spherical vision systems. This makes the Pegasus 1 VBJ1 a daring innovation with glaring multipurpose appeal. Armed with critical non flight peripheral structures and enhanced automatic handling component VBJ justifies the 5 year leading time for ordering.

Though it might be highly regarded as the 21 century elite’s luxury, VBJ will remain an indispensable breakthrough set to make history, and is to be an integral part of the present and the future in many realms such as in government operations, VIPs, anti-poaching, medical evacuations   among many other suitable services worth the honour of the speedster endless possibilities.

More intriguing than exciting, is the brains behind this phenomenon, is multi-award winning South African born Dr Reza Mia a dynamic pioneer, engineer, entrepreneur, and the CEO of Pegasus Universal Aerospace, which has increasingly upgraded the stature of South African aviation innovation.

The Pegasus VBJ 1 Jet induction has been welcomed with much hope and optimism on the overall outlook of current economic prospects, by creating employment, and attracting investment, since the project was a self-funded initiative driven by passion, knowledge and innovation.

‘South Africa is well equipped with engineering skills, expertise, and good infrastructure as well as favourable international treaties, not any other African country is favourably placed than our country for a project like this.’ Said Pegasus UA chief.

As the aviation giant takes to fill the void in vertical take-off business jet, the company seeks to increases its market capitalisation by share funding to the public, selling shares for R2000 per share (ending 3 Nov) at a 15 percent interest per annum . The share would be however redeemable after 7 years and a further 10 percent profit share from the sale of the first VBJ1 split among shareholders.

Dr Reza Mia is a qualified Aesthetic surgeon and has passion in aviation engineering.