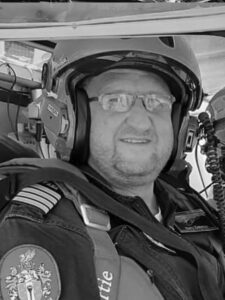 Barry Zaayman is a mechanical engineer that graduated as a Flight Test Engineer (FTE) from the Empire Test Pilots’ School.  He has gained experience as an FTE across a broad spectrum of Fixed and Rotary Wing aircraft types in both the military and civil aviation environments. Barry served as a senior air force officer in both the South African and Royal Australian Air Forces. His Fixed Wing testing background includes performance and system testing on various high-performance military aircraft, including the Denel Cheetah and McDonnell-Douglas F-18, military transport aircraft such as the Lockheed Martin C-130J as well as handling qualities, performance and certification testing on both single and twin turbine aircraft and light sports aircraft.