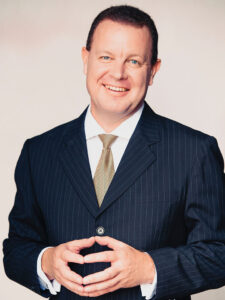 Andrew obtained his commercial flying license in March of 1993, and further obtained his airline transport license in June of 1998. Andrew has extensive experience in various fields of aviation. Andrew’s experience is expansive with his  main focus and strength in flight operations, more specifically scheduled operations of medium to heavy jet aircraft.

Andrew notably has nearly 16 000 hours of operating various aircraft types including  Boeing (747, 737), Airbus (A340, A330, A320), Bombardier, Dehavilland and Beechcraft to name a few. Areas of operational experience include Southern Africa; West, East and Central Africa; North and South America, Europe, India, the far East and Australia.

Andrew’s extensive exposure to corporate and VIP private aircraft operations, both from a flight operational point of view and from a user (ie. passenger) point of view includes advising high net-worth individuals and companies on aircraft acquisition, crewing solutions, and general operational recommendations such as airframe to mission suitability, verification of manufacturers’ performance figures and suitability of aircraft type to requirements.

With a strength in aircraft operations, safety, crew experience, training and strict adherence to international best practices and regulations Andrew understands these as being the essential backbone of any flight department. Compiling these flight operations procedures and guidelines as well as auditing and compliance monitoring is key to maintaining an effective and safe flight department.

Andrew has been part of crew selection boards and has firsthand experience on suitable Crew selection and operational back-up  and understands its vital role of the safety chain process in any aviation department.

Dr Reza Mia and Andrew met several years ago, whilst looking at a possible corporate A319ACJ solution for the southern African sub-continent, he clearly recalls him mentioning at the time  his ideas of a VTOL business aircraft. Andrew has been honored to have been invited to participate in this project, the Pegasus VBJ, he looks forward to working with the Pegasus Universal Aerospace team in moving this from a concept to a very exciting flying machine!