An industry expert with more than 20 years of success and embracing the core values of integrity and innovation. Jason is most fulfilled when helping people to grow professionally, his vision and ability to nurture relationships lead to long-term solutions and success. He has built a reputation for developing business strategies, coaching, training and as well as structure support. Jason holds a Masters in Business Administration from the University of Cumbria and is currently studying his PhD in Functional Medicine at Quantum University. Known as the “turn around specialist” by his esteemed colleagues, Jason influences and persuades top ranking people, whose opinion is highly sought after and whose judgement is respected and trusted. During his most recent five-year tenure in the aviation industry, Jason has fed his insatiable interest in Aeronautics and is currently working side by side with Dr Reza Mia at Pegasus Universal Aerospace. Jason is honoured to serve as a non-executive board member of Pegasus and looks forward to leading and growing the team to much success. 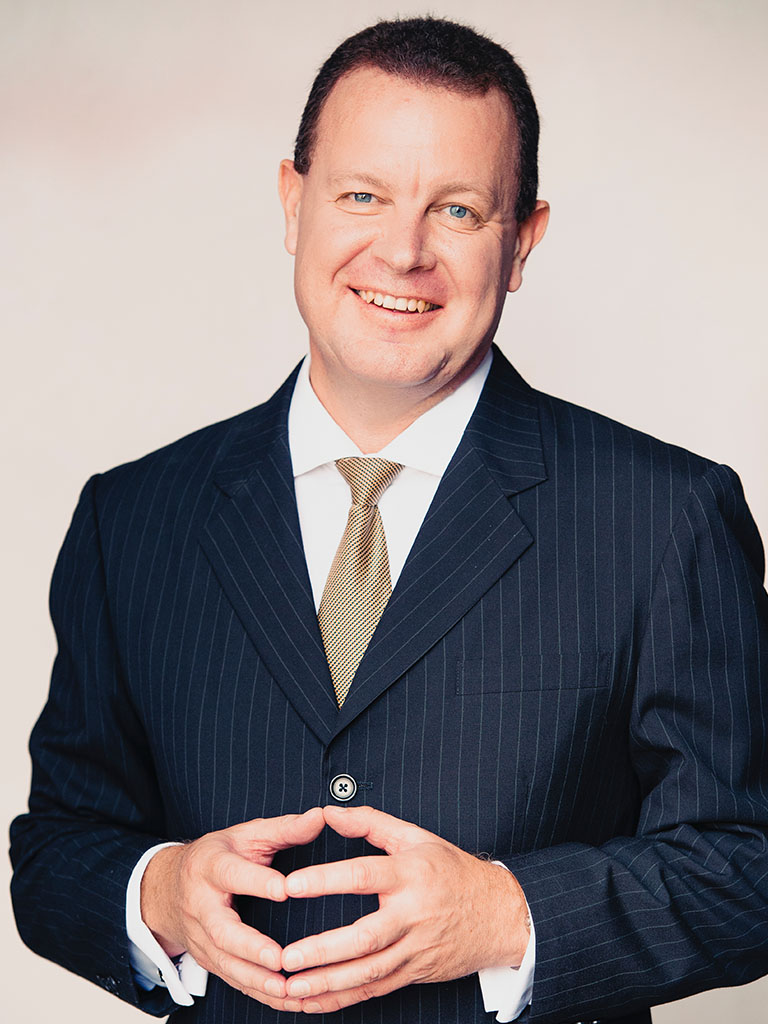 Andrew obtained his commercial flying license in March of 1993, and further obtained his airline transport license in June of 1998. Andrew has extensive experience in various fields of aviation. Andrew’s experience is expansive with his main focus and strength in flight operations, more specifically scheduled operations of medium to heavy jet aircraft.

Andrew notably has nearly 16 000 hours of operating various aircraft types including Boeing (747, 737), Airbus (A340, A330, A320), Bombardier, Dehavilland and Beechcraft to name a few. Areas of operational experience include Southern Africa; West, East and Central Africa; North and South America, Europe, India, the far East and Australia.

Andrew’s extensive exposure to corporate and VIP private aircraft operations, both from a flight operational point of view and from a user (ie. passenger) point of view includes advising high net-worth individuals and companies on aircraft acquisition, crewing solutions, and general operational recommendations such as airframe to mission suitability, verification of manufacturers’ performance figures and suitability of aircraft type to requirements.

With a strength in aircraft operations, safety, crew experience, training and strict adherence to international best practices and regulations Andrew understands these as being the essential backbone of any flight department. Compiling these flight operations procedures and guidelines as well as auditing and compliance monitoring is key to maintaining an effective and safe flight department.
Andrew has been part of crew selection boards and has firsthand experience on suitable Crew selection and operational back-up and understands its vital role of the safety chain process in any aviation department.
Dr Reza Mia and Andrew met several years ago, whilst looking at a possible corporate A319ACJ solution for the southern African sub-continent, he clearly recalls him mentioning at the time his ideas of a VTOL business aircraft. Andrew has been honored to have been invited to participate in this project, the Pegasus VBJ, he looks forward to working with the Pegasus Universal Aerospace team in moving this from a concept to a very exciting flying machine!

Matthew is also the sole director of Aviation Engineering and Certification Services (Pty) Ltd, a consultancy to the general aviation industry and a Director on the Board of the Commercial Aviation Association of South Africa (CAASA)

With a strong Legal and Compliance background having graduated from the University of Johannesburg (RAU) with a Bachelor of Commerce Degree in Law. Majoring in Business Management, Commercial Law and Law of Contracts. With the ambition to further her business and project management strength, Nasrin undertook to do a PRINCE II in project management, Foundation and Practitioner qualification via the British Council in 2012. With further ISO certification obtained in Internal Auditing in 2016, Nasrin further enhanced her skills to internal audits of both ISO 9001 (Quality) AND ISO 27001 (Information Security). One of her key successes was contributing to ISO 27001 compliance, enabling her previous organisation Ipsos to be the 22nd organisation in South Africa to be fully compliant in information security.

Previous work experience and skills includes Legal, Compliance, Finance, Procurement as well as Internal Auditing and managing of Commercial Support within Global organisations and abroad in the UK. She has further interests, experience and qualifications in Healing energies of both places and people, namely Feng Shui and Reiki Energy Healing, Access Bars and Crystal Healing.. Her addition to the Pegasus Universal Aerospace team in 2017 has added immense value based on her overall experience and impeccable organisation skills. Understanding Global etiquette and pressures from previous work interaction and experience, her skills have been well applied in Pegasus with input into Marketing, PR, Legal and compliance and Overall Project Management, as well as business liaison.

Robbie Irons comes from a strong M&A and business aviation background. Having led the Africa aircraft sales business unit for ExecuJet Aviation Group (2008-2012) as Bombardier’s authorized representatives and later becoming independent agents for other OEM’s, together with offering pre-owned solutions to select clients in the territory. Robbie has had the benefit of visiting multiple aircraft OEM factories worldwide and has become passionate about attention to product detail, with safety and quality at the forefront of everything he overseas. His clients were VERY high profile businessmen of large successful corporate entities, Government officials, Presidents, Ministers, Air Force Units and HNWI’s in and around the African continent. Robbie Irons is well known in this territory for his aggressive business attitude and unfloundering ethical and transparent business acumen. He has also been intimately involved with all the leading financial institutions in the aviation industry (locally and internationally).

Irons Aviation (Pty) Ltd, was established end of 2012 to grow the industry even further and focus purely on aviation infrastructure projects on the continent.

In August 2012, he was awarded the lead aviation advisory consultancy appointment to develop and implement the first exclusive VVIP Fixed Base Operator (FBO) on the continent, based out of OR Tambo International Airport (Johannesburg). FIREBLADE Aviation was born in the latter part of 2013 and is now globally recognized as one of the most outstanding FBO facilities. Robbie Irons was duly appointed to the FIREBLADE Board of Directors in an advisory capacity (2013 to present)

Having been a close friend of Dr. Reza Mia for many years and suitably impressed by the steady progression of the design and neoteric technology applied to the Pegasus VBJ, having acted in an ad-hoc advisory role to Pegasus since inception. Effective 01 April 2019, Robbbie Irons became CEO of Pegasus Universal Aerospace to grow and develop the business into a competitive and dynamic global leader.

Pegasus VBJ® is the brainchild of one of South Africa’s most renowned medical practitioners in the field of aesthetic medicine, Dr Reza Mia. He is of course also an avid aeronautics scholar, he’s made it his mission to innovate the aerospace and transportation sector, both locally and globally.

Dr Reza Mia is the founder of Pegasus Universal Aerospace, a South African Born Aerospace company. With an early boyhood passion to design and own a business jet he directed his passions into goals and a reality.

Having graduated from the University of Witwatersrand , in South Africa with a medical degree at the age of 23, Dr Reza Mia sought to enhance his studies by pursuing an MBA from the University of Liverpool, having obtained multiple distinctions. Dr Reza Mia was awarded the Dean’s Scholarship for Entrepreneurship from the London School of Business and Finance for an MSc Finance & Investment degree where he majored in investment banking and capital markets, graduating with Merit. Most notably, Dr Reza Mia completed a dissertation in Aerospace OEM analysis. He was notably a finalist at the 2015 AVI awards (ATNS AVI Afrique Aviation Innovation Summit) as well as received the young entrepreneur award for his Vertical Business Jet idea late in 2017. He also received in early 2018 the Congress of Business and Economics Innovators award. His since completed a course with Harvard Business in Negotiation skills and completed his Advanced Diploma in Aesthetic Medicine.